The 6LoWireless mesh network is a robust communication system used by all Amatis Controls devices to communicate commands and data across a building. Each device is in constant communication with other devices in the network thereby eliminating range limitations. This creates a system that is fault-tolerant should one of the devices lose communication and allows for a system that acts cohesively across zones.

Power and Internet connectivity for the AMBR is indicated through a successful lighting sequence ending in a flashing blue light.

In the Amatis app, offline devices are escalated in the “Errors” section. The Errors section of the app appears in the Locations tab if and when there is a device issue. 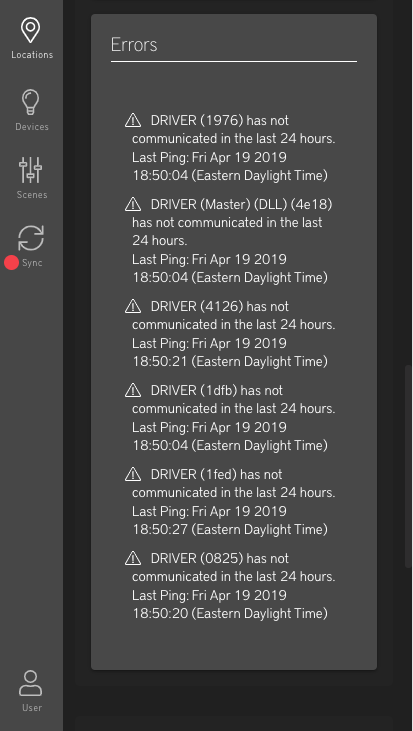 The Amatis team is alerted automatically each time the Amatis App is unable to connect with a site's Amatis Border Router (AMBR). This alert prompts the Amatis team to investigate the following possible fail cases: 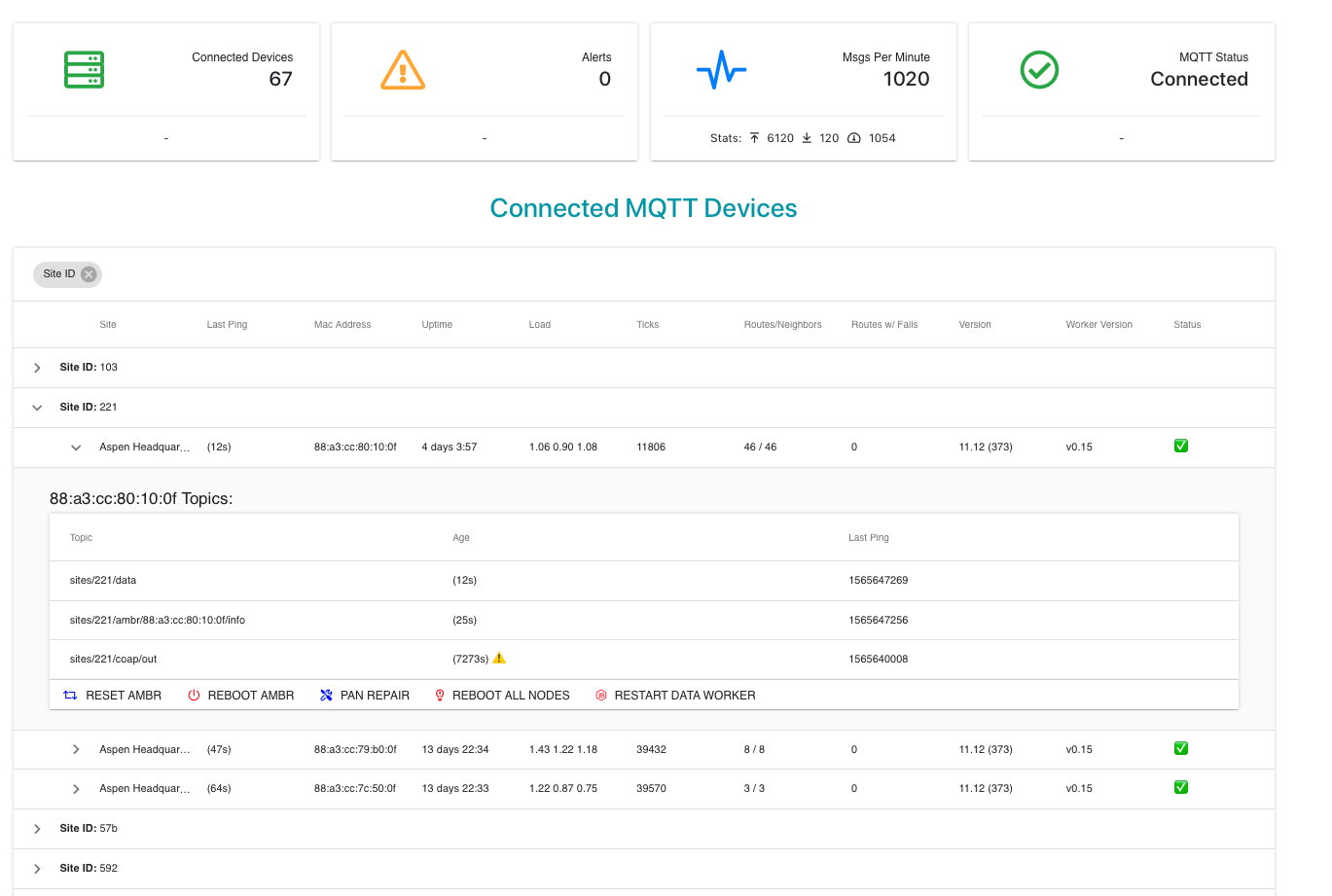